Cluedo: Spinning Detectives is a game that’s actually based on a real boardgame, going by the name of Clue or Cluedo, depending on the country. It’s a branded title, developed by WMS, and it is a also a murder mystery that you have to solve.

The game’s reels are placed against a piece of paper with a fingerprint on it, there is a wheel of features on the left side of the screen, while symbols range from boring ones to some that are related to the mystery at hand. Various folders and magnifier glasses are used all around the screen, to support the displays or the buttons.

The name WMS actually stands for Williams Interactive, the full name of this developer that created Cluedo. This is a company with a long history in pokie development, and which also innovated more than once, advancing the field with their work.

They are mostly based in the US, but they have offices and employees in about a dozen other countries as well. Other branded titles are also available in their collection, names like Bruce Lee, KISS (the band) or Monopoly being present there.

Cluedo: Spinning Detectives uses 40 active lines, the option being to change the total bet only, nothing else. You can start off your spins with bets as small as $0.40, while the highest ones reach a total value of $200. For that kind of betting range, the line bet would have to be between $0.01 and $5 per line.

I’m not crazy about the way the information is structured and presented, or how you access the various options, but you get used to it. Most of the options are accessed from a slider menu, found in a button with an arrow on it.

Besides the main set of reels, there are five additional reel sets based on different rooms from the house, and they are all spinning on a wheel on the left side of the screen. Each room has a corresponding symbol on the main reel set, which will trigger it when it appears.

In order, the five room symbols will appear on the reels 1 through 5, in this order: Conservatory, Billiard Room, Library, Kitchen and Dining Room. When one of them appears, the corresponding Reel Set replaces the Main Reel Set for one free spin. Each reel set has its own special features and wilds that can be used.

The Mansion is a symbol with a scatter role here, and having it on the columns 1, 3 and 5 will mean getting access to 7 free spins. The feature starts with the reel set based on the Conservatory Room.

There is also the Card, another scatter, this time appearing on the columns 1, 2 and 3. The Spinning Detective feature triggers when those three symbols are visible. You have to choose 7 cards, and they will give you multipliers, rooms, suspects and weapons, each one giving you a prize as well.

The jackpot has its own dedicated symbol, with a mansion shown on it. It pays up to $50,000, if a combo of five forms.

Cluedo: Spinning Detectives will be a complex game, a murder mystery that works quite well for a pokie machine, and which will be enjoyed by the fans of the original board game. 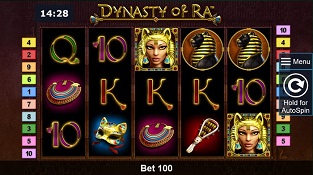