Big Win Cat is a game that’s coming from Play n Go, which has a classic 3-reel layout, but a theme that I for one don’t remember seeing in these simpler pokies before. The Lucky Cat theme is borrowed from China, and it’s something that you will see in more than a couple 5-reel pokies.

It’s designed beautifully for this game, which relies only on various cute animals or on Chinese objects. The action appears to take place inside a shop of some kind, with shelves filled with objects and with paper lanterns crowding the upper side.

As symbols in this game, the list starts with a White Cat and then it continues with Gold Fish, Piglets, Turtles, a Hammer, Hand Fans, Money Bags, Cat Bells and Gold Coins. These are all very well designed, and there are no boring poker cards or fruit symbols among them.

Play n Go is a developer that I admire, and which I’ve often played games from. They have a lot of great pokies to offer, some of them with better themes or features than others, but on average I’m quite happy with what I’m getting from them. If you want something unique, I wouldn’t recommend a game like Book of Dead, but you would definitely get that from a slot like Gemix.

The game features 3×3 reels, with only 5 active lines used on them. The options are all available at the bottom, including the button which takes you to the paytable, the bet values and the Spin button.

The Cat is the wild feature and you are going to have it as a substitute in most situations, being compatible with all other symbols which are available in this game. At times though, the symbol will be capable of forming its own combinations as well, though for that you would need it on all three positions from an active line. A combo of Cat symbols can pay $1,600 at most.

The Respin is a feature that will trigger when you have two reels that are occupied with matching symbols, and you need a third one as well, to get access to the Wheel feature. The respin gives you a second chance to trigger that feature.

As for the Wheel of Fortune, this feature is activated when the player has three reels and all 9 positions on them occupied by a single matching symbol (wilds can be present as well).

If that happens, you get 5 winning combinations at the same time. The resulting Wheel of Fortune will spin to give you a multiplier, which will be applied to your wins from that round. The highest possible multiplier is 10x.

The regular winning combinations of this game will pay up to $1,600 (a combo of three wild symbols). The 10x multiplier from the Wheel feature can help quite a bit, so instead of getting just $8,000 from five combinations, you could make the jump to $80,000.

Big Win Cat can be a very enjoyable game, though it helps if you’re a fan of the 3-reel category already. The graphics and even the features are miles away from the typical pokies of that category though. 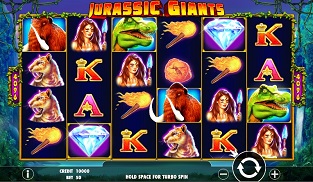 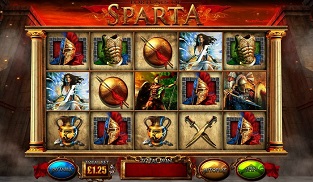 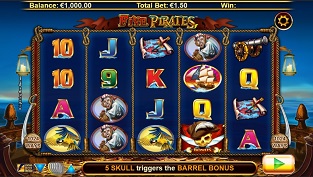