Play Halloween at these Casinos!

For this particular Halloween themed pokie, the inspiration came from a classic film that was released in 1978, and which had John Carpenter as its director. The story is a gruesome one, so this is no comedy that the pokie is based on.

Microgaming acquired the rights to the movie and turned it into a pokie, almost four decades after the original release. The end result is a pokie with graphics which don’t look quite modern, but Microgaming still managed to do a decent job with it.

For the symbols of Halloween, the player has access to images of Loomis, Laurie, Annie and Lynda, four of the major characters of the slot. The killer makes an appearance as well, as do images of revolvers, knives, clown masks, rotary phones, knitting supplies and matches.

The developer that created Halloween is called Microgaming, which is the most well known creator of pokies around today. They deal exclusively with online pokies, so they’re not going to be found at land based casinos.

If you’re interested in sheer variety of themes and in having as many pokies to choose from as possible, then there are no better alternatives to Microgaming, since they offer a collection of more than 500 titles.

For the 50 active lines that always need to be covered by the bet, the game will require that you use both coins and denominations when you’re forming your wager. You can have up to 8 coins on one line, with denominations topping off at $0.50. The game gets a betting range of $0.50 to $200, while individual lines get up to $4.

One of the things that make this game feel special is the use of Wandering Reels. These are three consecutive reels which are selected from the five available. The Wandering Reels get four symbols each, while the regular reels get three symbols. Since the reels don’t always have the same size, the configuration of the active lines will change from one spin to the next. It doesn’t influence the things that you have to do to play Halloween though.

Jumbo Blocks are symbols which can sometimes land on the Wandering Reels, occupying up to 12 positions on them with a single icon.

Another symbol that you should look out for is the Jack o Lantern Wild. This is the substitute and it is usable as a replacement for symbols that form combinations, doing nothing in regards to the Bonus Wheel.

The Bonus Wheel is a major feature symbol, one that you can use to trigger a Trick or Treat Wheel. On this wheel, there will be cash prizes to be won, each one getting you 10x total bet. You can keep getting paid by the wheel until you reach either the Free Spins or the Boogeyman Bonus option.

Boogeyman Bonus is a picking game, where you get prizes, lives or an end to the feature, depending on what is hidden underneath the maple leaf that you select. There are multipliers that go up after each cash prize you find, so it can be a very valuable feature.

The alternative will give you free spins which have one of the four major characters used more often. 9 free spins are activated here.

The big prize offered through a regular combination gets you $2,000 at most. The Boogeyman bonus promises much higher rewards though.

This is a game from Microgaming that should be a popular choice during Halloween, but which I don’t see being appealing to everyone, especially to people that haven’t seen the movie. 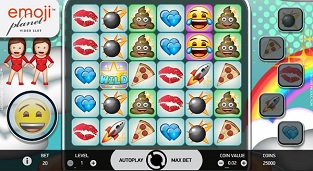 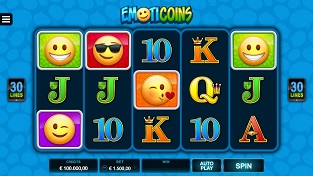