Play Playboy at these Casinos!

The Playboy slot machine from Microgaming Quickfire comes with 5 reels and 243 pay lines. The reels have images that love to award free spins as well as other special bonuses. Each winning combination wins unique bonuses including an opportunity to enter the Playboy Club among others.

Based on Playboy, the 1950s American men’s magazine established by Hugh Heffner, Playboy slot has grown into a world-famous brand. The game features 4 types of spins which are unlocked while you play. This game follows on the successes of games such as Thunderstruck II and Immortal Romance.

How to play Playboy pokie

Actually, it’s pretty easy to play Playboy. The game comes with very easy user-friendly controls and it’s straightforward. It comes with 243 pay line slots. The minimum size of coin you can play with is 0.01 while the maximum is 0.10 per line. Players must play up to a total of 30 lines.

The Wild symbol is represented by the shiny Playboy bunny logo. It replaces all other symbols apart from the scatter symbol. The symbol also doubles whichever winning combinations it is involved in.

Playboy works on the same platform as Immortal Resistance and Thunderstruck II, and as such, offers four unlockable rounds of spins. The scatter symbol is represented by the Playboy magazine and if three symbols appear, you join the Playboy Club, also known as free spin rounds.

Firstly, you’ll only be allowed to pick from one girl and as you enter more free spin rounds, you’ll be allowed to unlock more girls until they’re all very scantily dressed. It takes about 5 entries of free spins to reach the next girl, which happens fairly regularly-about 50-100 spins. Here are the four free spins explained:

Kimi-This feature offers 10 free spins and all wins are multiplied by 5.

Sofia-This feature is unlocked when you enter the Playboy Club five times and offers 15 free spins once you trigger the Running Wilds feature.

Ashley-You can play this feature once you enter the Playboy Club 10 times. You’ll be awarded 20 free spins once you trigger the Rolling Reels feature, where wins are in series and are multiplied by 2, 3, 4 or 5.

Jillian -Lastly, you can play the Jillian bonus once you enter the Playboy Club at least 15 times. You’ll get 25 free spins once you trigger the Wild Night feature. You can trigger the Wild Night feature at random and it turns up to five wild reels per spin. The Jillian bonus is similar to Wild Desire bonus in Immortal Romance, and has the potential to win you huge amounts of money.

The biggest win in this slot machine is 1,215,000 coins. You can only win this amount on the Jillian and Sofia bonus features, so if you want to get the highest possible wins then you need to choose these bonuses.

Where to play Playboy pokie

The Playboy slot machine offers some great jackpots and a wide variety of spin features, which keeps things interesting. You can play for free or serious money at JackpotParadise.com and Vegas Paradise Casino. 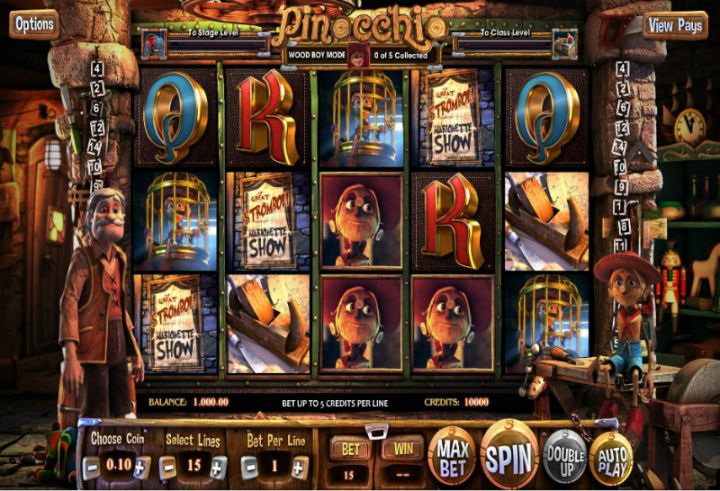