Play Super Heroes at these Casinos!

Super hero themed games are far from a rare sight these days, especially since both DC Comics and Marvel have licensed many of their comic books to developers. Bigger developers tend to have these licenses, so companies like Yggdrasil Gaming are left to create their own super heroes.

This is one of the companies which I know that will do a very good job each time it puts a game out, and it’s visible in Super Heroes as well.

A total of six super heroes are used, and they appear in the game as well, ready to apply their powers and to trigger certain features. The names of the six super heroes that are part of this team are Raven, Mirage, Tesla, Hopper, Knox and Trance.

Yggdrasil Gaming, a company which has Scandinavian roots and a name that’s inspired by the local mythology, is actually based in Malta. Its founder is a former Net Ent CEO, so you can see from where it gets its attention to design quality and features.

You may expect their games to be a lot of fun to play, attractive and filled with interesting features, but huge payouts are not typically on the menu with them. They just released a game with a progressive jackpot, called Empire Fortune, and hopefully additional ones will be offered in the future, maybe even this one.

Games from Yggdrasil will often have 20 or 25 lines, and for each one will give you the option to spend from $0.01 to $5. A bet of up to $100 or $125 is often possible, but the only way to change the value is through the coin value, not the number of lines, which is fixed.

I always expect the graphics of their pokies to look good, and the interface to look a certain way, and they never disappoint. You’re going to find the same setup in each case, but with a different design.

Features offered in Super Heroes will be triggered when one or more of these characters will make an appearance, to apply their abilities. If you have multiple heroes activating features, then you get some unusual combinations of powers and the wins are much improved.

One interesting feature is the one which guarantees you a win, the game using existing symbols and changing others, so in the end you get a prize.

Another one would be the possibility of landing a Mystery Win, which is basically an instant prize with a random value, within a range that we don’t know yet.

Wild reels should come in handy if they are triggered, as are the random wilds which another hero can bring you. As always, regular symbols are the ones profiting from their appearance, not scatters.

Additional free spins are apparently a possibility thanks to one of those super heroes, while multipliers are offered by another.

As I’ve said, any combination of features is possible, so you might have free spins with guaranteed wins, mystery wins with multipliers, etc.

The base game payouts are going to be on the low side most likely, but there are plenty of features around to improve them or the rate at which you’re getting paid.

Super Heroes announces itself as a serious alternative to branded titles that are inspired by comic books from Marvel or DC Comics. 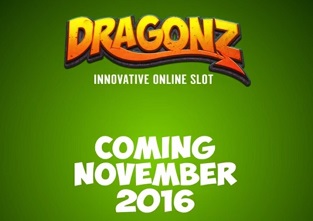